Anything to do with gender and the status of women and men.

Let's be real here. All of these sexual molestation are because men are ugly are disgusting looking. Has all to do with looks and nothing else.

Let's be honest if this woman goes on stage and kisses a man without his consent it is viewed as a reward for the man.

But if this man goes on stage and kisses a woman without her consent it is viewed as molestation. 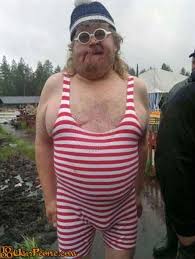 Has everything to do with looks and nothing else. If an ugly man molests a girl he is a sick ugly monster of society. But if a hot girl molests a man he should consider himself lucky because she is a hot slut.

Get real guys and see society for what a joke that it is.
Top

Re: Sexual molestion/Sexual inequality in the News.

I am sick of american women whining about how bad they have it. When the fact is 90% of men are unnattractive to women unless they have money and women will not date unless they have money. While 90% of women are attractive to men because they are just born that way. Testosterone makes you smelly and ugly so men have an inherent disadvantage. Because of this disadvantage men feel sorry for other men and so compensate by paying men higher wages than women. Men do not feel sorry for women but in fact feel jealous and so try to make it harder for women to succeed.

Men are fighting a losing battle and will ultimately lose power to women. The reason is because of the way bidding works. Most (90%) of men have to struggle or experience dissatisfaction in the dating department. This means they are always needing ways to improve their love life. Thus men are looking for ways to get ahead of other men. And so with the feminist movement some of these men pretend to be feminist to impress women. Then all the women gravitate to the male feminists. The other men who find feminism to be immoral, have no choice but to become feminist as well in order to not lag behind the other men. In this manner women have all the true power of society. Because a tyrannical man will only have power for a little while. But the women will decide to only date the men who obey their political views. Therefore all men will eventually begin to obey whatever political views are popular with women. It is mathematically impossible to resist, since there will always be one man who seeks to get ahead of the crowd and disobey whatever congolmerate you tell them to.

But even darker than this is how men oppress other men. If you are a black man you will get life in prison for a crime you never even did. And then these high and mighty pasty old white men will try to judge you and say you are guilty. False moral systems invented by a bunch of sadistic hypocrits. Infact they convict someone based on the evidence of a badly trained dog and don't even ask for evidence from a human being. The whole human society is a moral outrage. And people just sit on the couch watching the news listening and poisoning their minds with this garbage.
Top
Post Reply
2 posts • Page 1 of 1