Tell us a little about yourself.

In addition, I have been a member of the Baha’i Faith for 50 years. Bio-data: 6ft, 225 lbs, eyes-brown, hair-grey, Caucasian. See my website at: Pionerring Over Five Epochs---or go the google search engine and type: RonPrice, Pioneering RonPrice, RonPrice Poetry, RonPrice Bahá’í, RonPrice History (or philosophy, religion, media studies, politics, among many other subjects) for additional writings. 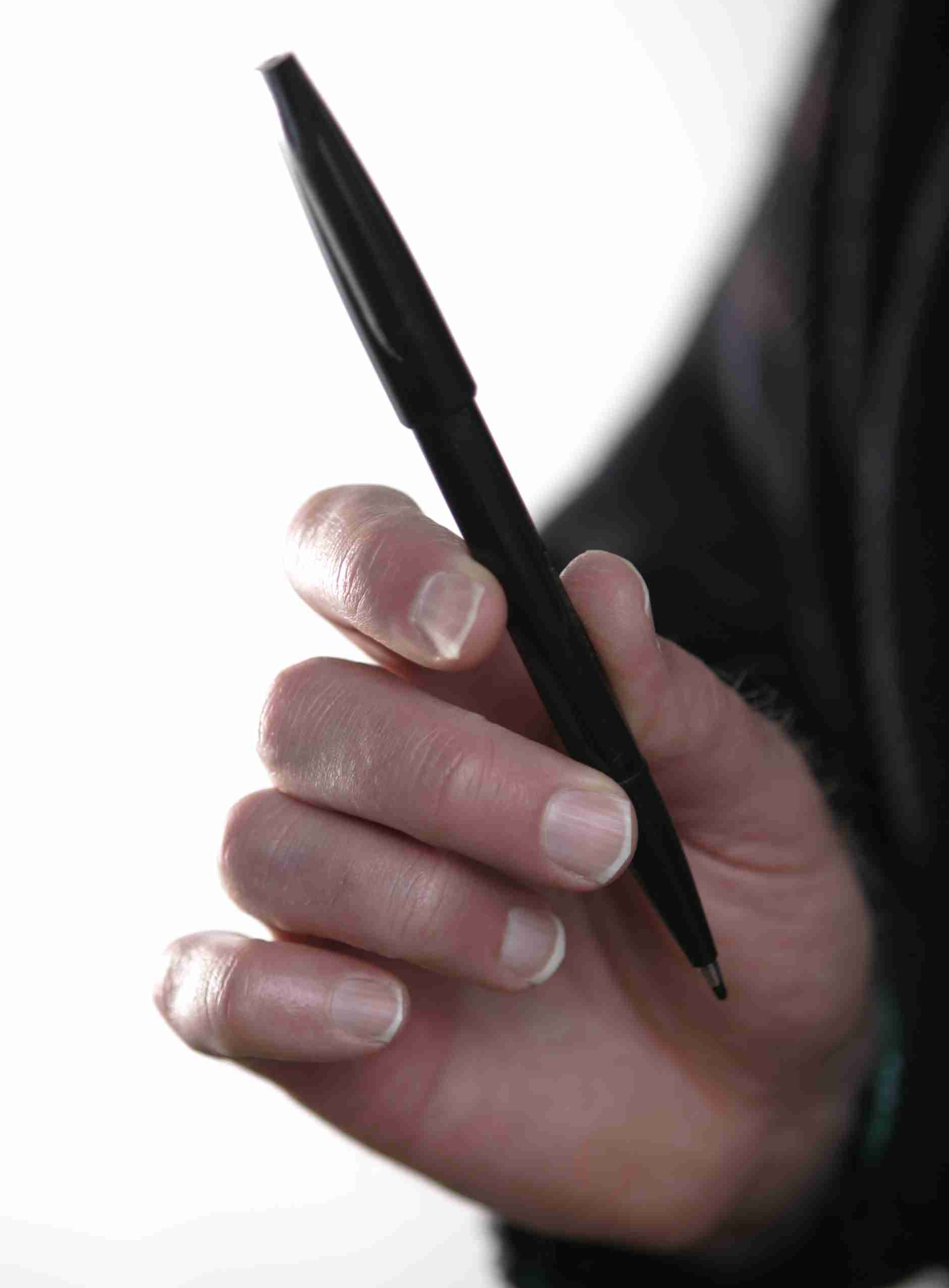 The pen is symbolic of a life, my life, of writing--with memories of this activity going back sixty years: 1949-2009. Other symbols or icons could be used for my life, but this one icon will suffice, especially for the internet teaching which I do and which I see, in some ways, as the culmination of my teaching and writing life.
pen.jpg (93.17 KiB) Viewed 6956 times

Thanks folks....what was the final story with Carradine? --See ya all lateRon--from Tasmania
Top

He died a dishonorable death, a disgusting death. He learned nothing from playing his Buddhist role, Kung Fu, about sexual ethics:

Affirm life; Do not kill
Be giving; Do not steal
Honor the body; Do not misuse sexuality

In Buddhism, the five hindrances (Pali: pañca nīvaraṇāni)[1] are negative mental states that impede success with meditation (jhana) and lead away from enlightenment. These states are:

Sensual desire (kāmacchanda): Craving for pleasure to the senses. Anger or ill-will (byāpāda, vyāpāda): Feelings of malice directed toward others.
Sloth-torpor or boredom (thīna-middha): Half-hearted action with little or no concentration.
Restlessness-worry (uddhacca-kukkucca): The inability to calm the mind.
Doubt (vicikicchā): Lack of conviction or trust.

[edit] Lay Buddhism
The most common formulation of Buddhist ethics are the Five Precepts and the Eightfold Path, which say that one should neither be attached to nor crave sensual pleasure. These precepts take the form of voluntary, personal undertakings, not divine mandate or instruction. The third of the Five Precepts is "To refrain from committing sexual misconduct.[5]. However, the "sexual misconduct" is such a broad term, and is subjected to interpretation relative to the social norms of the followers. In fact, Buddhism in its fundamental form, does not define what is right and what is wrong in absolute terms for lay followers. Therefore the interpretation of what kinds of sexual activity is acceptable for a layperson, is not a religious matter as far as Buddhism is concerned. http://en.wikipedia.org/wiki/Sexuality_and_Buddhism" onclick="window.open(this.href);return false;
Top

... one should neither be attached to nor crave sensual pleasure.

Buddhism. It's not for me.
What's with the rumors about murder? I'd prefer to believe he died with a smile.
Top

... one should neither be attached to nor crave sensual pleasure.

Buddhism. It's not for me.
What's with the rumors about murder? I'd prefer to believe he died with a smile.

You are going to Hell!

If one judged a religion or, for that matter, a philosophy by the behaviour of its members one would not be anything, join anything, practice anything....for the words and deeds of mortal men are not a sign of a philosophy's truth and that goes for atheism, agnosticism, cynicism, skepticism and all the isms and wasms.--Ron in Australia
Top

I'm not judging the truth of Buddhism, but a particular actor's behavour relative the role's teaching on sexual ethics.

Am I being unreasonable in criticizing an actor's actions relative to the intellectual content in a role that he played? Are actors influenced by the roles that they play?
Top

It would seem to me that the answer is sometimes: yes, sometimes no and sometimes perhaps. it's time for my brunch.-Ron
Top

Tom Beiter Has CONDEMNED ME:

You are going to Hell!

I love being a pervert. It makes me one happy harridan. 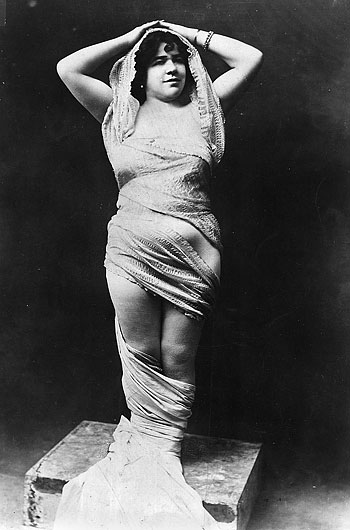 I'm not judging the truth of Buddhism, but a particular actor's behavour relative the role's teaching on sexual ethics.

Am I being unreasonable in criticizing an actor's actions relative to the intellectual content in a role that he played? Are actors influenced by the roles that they play?

Some actor's try to get inside their character, I'm not sure that is a good thing. Nothing comes from getting inside the mind of some of the characters you act. I do think you have to understand a character's motivation in a scene and commit to expressing that motive in character.

Especially when acting is illusion. Don't discount the importance of the words and the costume and lighting to help create the illusion for audience that you are the character.

Having said the above I would love to know what a real actor thinks. I am sure some would disagree. I think people thought Heath Ledger got too connected to the Joker character for instance. Personally I think Heath was probably suffering depression or anxiety and just over dosed by accident to make it go away.
Top

Undoubtedly, "actors are influenced by the roles that they play." Some actor's try to get inside their character. I would think this is the case with most actors. Some would say this process is a good thing. Others would say: "nothing comes from getting inside the mind of some of the characters an actor acts." As you say, "acting is illusion." As you also add, there is an "importance of the words, the costume and the lighting to help create the illusion for the audience that the actor is, indeed, a real character."

Let me add some of my own experience with writing prose-poetry. The process is different than acting, obviously. But there are parallels. I leave the following with you for your possible interest.-Ron Price, Australia
-------------------------
NOT EDITED IN CELLULOID SAFETY

A poetic point of view is caught from the poets one lives with and the literary influences which have a poetic manner, a style and voice that resonates in one’s life. Through perpetually studying and enjoying certain writers I have acquired a sense of the application of their ideas to life in my verse. While I have caught a poetic point of view from poets like Roger White and Emily Dickinson, Wordsworth and Dawe; while historians like Toynbee and Gibbon and sociologists like Nisbet and Mills have played their part in some individual flower that has sprung up from within me; while philosophers like Russell and Nietzsche, among others; and psychologists like Rollo May and Erik Erikson have all helped me find and articulate a voice, I would also have to acknowledge a range of other influences that make me want to sing, to talk, from my very inmost soul in the highest seriousness, free from simple verbiage and utterance of the ordinary kind. -Ron Price with thanks to Matthew Arnold, “The Study of Poetry,” Gateway to the Great Books, William Benton, 1963, pp. 38-9.

I don’t want to be an actor
who finds himself, extends
the sense of just who he is,
on stage or in the movies.

Some seem to find their soul,
their language, their voice,
on screen in its technicolour
manipulation and perfect sound.

I don’t want to put myself
imaginatively into Bonanzaland
or play the role of a perennial
outsider with a predictable victory
in cinema's choiceless invulnerability.

The final torrid clinch with several
along the way with a compliant,
mysterious blonde sounds superficially
attractive--but only, just, superficially.

The predictable wonder of my ordinary life:
unscripted, flawed and plausible, my very
undeclared guilts and my poetry, which like
the Greeks, is one with my religion, will not
emerge, edited, in any kind of celluloid safety.

Thanks, tornsage; I would have enjoyed this image/poster for use with my students when I was a philosophy teacher.-Ron Price, Australia

Return to “Introduce Yourself”