What is the stupidest thing Trump has said?

vegetariantaxidermy wrote: ↑
Thu Jul 02, 2020 12:43 pm
Can't wait to see him win, just for the pleasure of seeing all those phony PC wankers crying into their lattes. 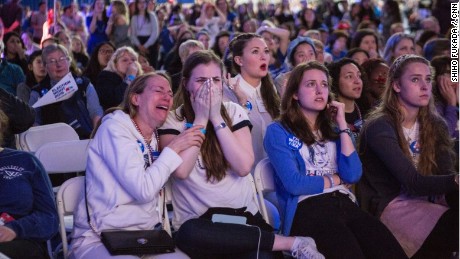 Bernie should have been the presumptive nominee, but the "people votes" (OMG "socialist! NO!!!) - and so we have the other lesser one standing as the nominee.

I will hold my nose and vote Biden, like i did with Billary.

vegetariantaxidermy wrote: ↑
Thu Jul 02, 2020 9:50 pm
Stupid yanks. Your presidents are ALWAYS moronic arseholes. Trump is actually MORE likeable than usual (and that's not saying much). The last time the US had a president who wasn't completely loathesome was Jimmy Carter. 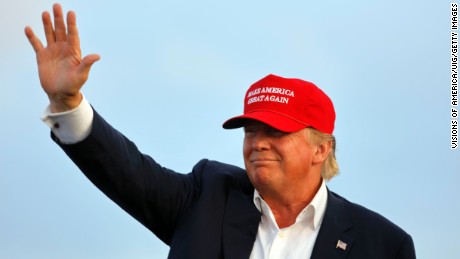 I like Carter as a man, but he was not a good president.

in fact in hindsight i think Bush Sr was a damn good pres, he know foreign policy and know how to use it effectively in US interests. of course his son was the worst prez EVER - prior to Chump.
Top 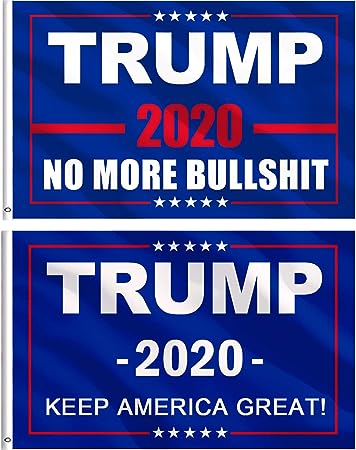 no, he was incompetent via "Bay of Pigs" and the blowback of that (USSR "hey this guy does not know what he is doing, we can move him out of the way" - Cuba crisis just after the Bay of Failure) - and so nearly had ww3.

only reason he is lionized now is due to him being killed by the Mafia over the Bay of Pigs action/inaction/failure.


vegetariantaxidermy wrote: ↑
Fri Jul 03, 2020 1:21 am
Hmm, a womaniser who made Harvey Weinstein look like a choirboy,

I don't care what prez do on their down time - its there personal life - if they are into beastality, fine as long as they are good at their job.

vegetariantaxidermy wrote: ↑
Fri Jul 03, 2020 1:21 am
and a rabid warmonger who aided and abetted the Vietnam war and nearly started WW111.

why do you think Dallas 1 p.m. happened?

he was terrible as a prez - weak, i think the mafia had the same view. they thought he would act via the Bay of Pigs (provide air cover) - and he did not.

so he failed the mob with the Bay of Pigs fiasco, i can only assume they thought Johnston would be the better one to retry an invasion. or assume he would lose to Goldwater and bet the horse on the latter as one to fullfill their wish after beating Johnson in 64.

ALSO there was his brother making war on organized crime, maybe they thought removing Jack would remove Robert from Johnston cabinet.
Top

why do you think Dallas 1 p.m. happened?

'He invented trickledown economics'. Hmm. No wonder he got shot.

Sounds like the makings of a new board game where variations on Trumpisms are possible...as in, I do solemnly swear that I will faithfully execute the United States of America.
Top

so he failed the mob with the Bay of Pigs fiasco,

He "may" have been killed by the Mafia, does anyone REALLY know except for the few who did? There could have been a very different reason starting with Robert Kennedy and his crusade against organized crime.
Top

vegetariantaxidermy wrote: ↑
Fri Jul 03, 2020 1:21 am
Hmm, a womaniser who made Harvey Weinstein look like a choirboy,

I don't care what prez do on their down time - its there personal life - if they are into beastality, fine as long as they are good at their job.

I agree, but it's the devoutly religious and saintly PC who demand that the famous have private lives as pristine and perfect as their own (unless it suits them).
Top

so he failed the mob with the Bay of Pigs fiasco,

He "may" have been killed by the Mafia, does anyone REALLY know except for the few who did?

I like your use of the word "Few", so you reject the lone gunman official position?

the fact that Ruby shot Oswald in plain sight - so in effect willing to be caught (why did he shoot him? just no reason? or was he ordered to? BTW Ruby had mob connections.

that fact alone - that some smuck was willing to kill another smuck in front of cops and who had mob connections tells me he was ordered to by another higher up mobster (he died of cancer shortly after? did he know he had cancer at the time he shot Oswald and so accepting the order was easier? knowing he would die soon? - asking here).

ya, i think Oswald was a patsy, drafted by mobsters presenting themselves as communists, Oswald bought into the fiction thinking he was being a Communist patriot and did his duty, soon to become the sacrifical lamb. e was duped, and the mob won the day.

as for how "few" knew, or if there were more gunmen that Oswald, not sure, it is not likely he could have sot 3?4? times in so short of a time, but possible, so not sure (in a way i doubt the mob could have duped more than one guy, nor go to the trouble to dupe him, while at the same time have 1-2 others on the grassy knoll - etc, able to be caught along with Oswald (i.e adding more of your own folks increases the chance of not just having Oswald being the fall guy)

per the folks that were in on the plan, i'd say nor more than 4 at the most (more than that and we would know the "True Story" today, less than that and they can keep their mouths shut to their deathbed and so we shall never know) - so not the whole Mop -just one or two of the mop (the guy in New Orleans - M-someting - forget his name, but the big cheese in New Orleans would be my bet, and his immediate underling to set the whole thing up (with a "need to know" - so draft as few as possible, give them orders but not the plan - and sucker Oswald into doing the work for them under a guise of some sort of Communist Revolt type thing.

Sam Giancana, the Chicago mob boss was said to be indirectly associated with the Kennedys during JK's election campaign with Frank Sinatra being the go-between. That Sinatra had mob ties is indisputable. That relationship supposedly came apart when Robert Kennedy became Attorney General in JK's cabinet and began a crusade against organized crime. It's not a good idea to backstab a Mafia kingpin who indirectly - obviously it had to be by indirect means - helped you win the election.

But again, who knows! The few who actually knew are almost certainly no-longer alive. But again, the truth may lie hidden in the archives somewhere. Consider for how long the Vatican have kept theirs secret.
Top

Biden is clearly on fit via dementia, and is the weakest candidate the Democrats have offered - ever - even assuming he does not have dementia (which he does now)

Between two evils, I'd choose a mild case of dementia (Biden) to demented (Trump) any time. If Biden picks a good Vice President who can act near to co-President in function that may alleviate some deficiencies that may happen due to age.
Top

I voted for 18thC airports.

to be fair, nuking hurricanes might work (just ignore the fallout and you will be fine).


1776 and airforce, clearly even trump knows planes did not exist 200 yrs ago (I just assume he knows and is just rambling here).

You do know he is supposed to be a President?? Making a public speech?
I think he is just a dumb fuck.


Cent is also disshonest when he claims one of the three guys behind President Chump is laughing in the f-35 clip. i re-watched that clip - did not occur.

Wrong. There were ten people slapping their thighs. They were just invisible.


and to answer your question:

to date, the dumbest thing IMO is the concept of injection Clorox to cure your covid infection is my vote.


Cent is also disshonest when he claims one of the three guys behind President Chump is laughing in the f-35 clip. i re-watched that clip - did not occur.


No. It is you that is lying.
What he said was "one of the guys at the back nearly burst out laughing." Which is accurate. |THe guy over Trumps right shoulder is definitely smirking. Take another look.
Top

I think I can see what is happening with Trump; he might well be dyslexic. People are too stupid to understand that presidents read their speeches off teleprompters. He obviously improvises all of his, filling up what would otherwise be complete silence with anything that comes into his head.

How typically ironic and hypocritical of the devoutly PC to make fun of an 'other abled person'. Here we have a pious devotee of the cult of Politically Correctness (those who claim to be the conduit for human empathy and kindness, who get offended-on-behalf-of absolutely everyone over anything that comes under their 'radar of moral soundness') openly mocking a 'person of disability'.
It's shocking.
Top
Post Reply
41 posts

Users browsing this forum: No registered users and 4 guests