In another thread, in another sub-forum, someone posted...

"I don't have a sense of self-ownership. I have no idea what that even means."

Now, this mystified me and got me to wonderin' about sumthin'.

So, as any of you will, please cast your vote.
Top

I haven't seen this discussion so I may have got the wrong end of this one. But given the choices in the poll you seem to be suggesting that a person can be belong to themselves as some sort of property. That would become a bit of an infinite regress though as the owner of the self is now the owner of that self, is the owner of some more self and so on all the way down.

So perhaps some sort of explanation of what is meant might be in order.
Top

The concept of ownership applies to things outside of us -- like owning a car, some real estate, or money in a bank account. The concept of ownership does not apply to ourselves, unless one is advocating slavery, in which case another owns us. When a slave was set free, they simply had no one owning them, it wasn't as if they were handed a title to own their own bodies.

I'm not a marxist.

I'm talkin' about the sense of self-possession I thought was innate, the experience of belonging to yourself, that 'you' are 'yours', that others walk on thin ice if they presume to lay claim to you.

As I say: I thought this sense, this experience, was innate, but now I'm not so sure, hence the poll.
Top

Oh, I see the other thread now.

I'll be honest, what you wrote there looks a little bit like the writings of an Austrian economist called Von Mises who iirc created a whole thing about all taxation being literal theft on the basis of the person being literal property of himself (my memory is definitely imperfect on this subject, but I'm reasonably sure I have the right guy and roughly the basic theory there).

I don't think you intended it that way, I recall the theory being exceptionally rigid and silly, and HQ is not... all that rigid

From what I remember, property in Von Mises' understanding is the sole and only source of all rights, which is not a Henry Q position that I am aware of.
Henry Q is more defined by that picture of a danger noodle saying "don't tread on me", but the motive is a big hard on for self reliance, with property apparently being rather incidental from what I have seen. 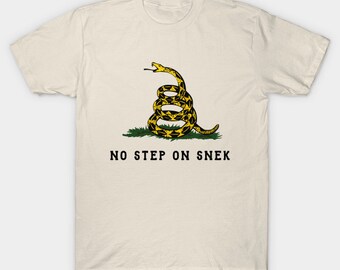 There's no middle ground to be made up there though. Where others like SF (and me) place value on the economies of scale that make single payer healthcare such a massive success in the rest of the rich world, HQ sort of needs an opt-out. It would probably work best for everyone is such was made available somehow.
Top

If I state that no one owns me, what's the difference between that position and self-ownership? Why do I have to make up an additional concept that serves no useful purpose outside some ideology? You've never once answered that question, Henry.

Does a baby own himself, so even his parents can't touch him without his permission? Does a six-year-old own himself, so his parents can't punish him? When does this so-called self-ownership come into existence if it is not there from day one? Doesn't the claim seem ridiculous when applied to new-born children? Yet, if it doesn't automatically go into effect the moment of birth, if not before, then isn't it a made-up concept since there is nothing inherently "natural" about it?
Top

I agree with a lot of what Flashdangerpants wrote. I can't agree or disagree with Flash regarding his personal assessment of Henry, because I don't know Henry that well, being relatively new here. I don't have any axe to grind against Henry though, and have agreed with him on other issues. I just disagree with his position on this topic.

I also agree with Flash on the economic efficiencies we can lose out on by adopting the views of Mises.
Top

Excellent analysis (of me).

You been spyin' on me?

As for the source of my 'rights': why, that would be 'me' (my first, best, property...that which I cannot live without...that which is mine to command and discharge in this world as I choose).

"opt-out(:) It would probably work best for everyone i(f) such was made available somehow.

The value of a man's (or woman's) life shouldn't be measured by 'efficiency' but rather by 'effectiveness'.

I'm biased though: I'm not efficient in anything, but I'm damned effective.

Sure, we can shape the U.S. (for example) into a very 'efficient' economy, but what would be lost?

Man 'does' sometimes just cuz he can.

Ants and bees only do what the program (and the central planners) direct.
Top

Henry I would prefer that you stop making me think.

As far as self ownership, it is far too complex an issue to break down into 2 choices. If you choose to give yourself to another person I suppose that you must first own yourself in order to give yourself away, but where are you in the end?
Top

Oh, I think it's as simple as you can get.

Comes down to: do you pick the direction you walk in or does someone else?

If you do (and resist when someone else tries to) then you are yours.

If you don't, lettin' the other call the shots, then you are theirs.


Mebbe I'm just a simple creature...mebbe that's why the world seems way more black and white (instead of shades of gray) to me.

As for me makin' you think, Doc: nah, you got that down without me (or anyone) doin' diddly.
Top

Henry, I'm still waiting for you to explain how me not being owned at all is any different from your so-called self-ownership? If no one owns me, then there is nothing gained by adding in some mythical idea of self-ownership to the mix.

It's a bogus concept, used to support people who are either Marxists or anarchists who don't want to pay taxes. It makes no sense to use this concept against taxes, while ignoring it when it comes to such legal restrictions on a person, like traffic laws. If a government can restrict me to driving a certain speed limit and on a specific side of a road, and I own myself, do I get to drive over the speed limit based on the grounds that such traffic laws, for safety, make me a "slave," like in the case of me paying taxes supposedly makes me a "slave"?
Top

I came into this world without my planning it.
I will exit, whether I wish to or not.
In between, most of the circumstances of life are beyond my foreknowledge and control.
Can I imagine I'm self-owned?

Only this much I have; that between the womb and the tomb, I have daylight to come to recognize Who wanted me to exist, and Who has purposes for me beyond my own. This freedom He has granted me, along with a say in where I am and to what I go. But best of all, He has asked me to know and love Him of my own free will.

I am not a cosmic accident. I am not without value or purpose. I am not on my way to eternal darkness. And I am not alone.