So what's really going on?

In the beginning was Milli. Milli was all there was and everywhere there was to be it. She knew everything there was to know, because all there was, was Milli. She could do anything she pleased to anything, anywhere, because everything and everywhere were her. She was one, complete and perfect, the Great Beige Dreariness and she was very, very bored. Eternal and unchanging, safe and dull were not for her, she wanted to experience light and dark, hot and cold, storm and calm. So she created a spark that ripped into the Great Beige Dreariness, tearing contrasts from each other so that push and pull, good and bad, chalk and cheese could cause trouble and strife and many things, instead of one. For verily, Milli the Almighty knows it is better that way. And yea though this caused much pain, blessed are the sufferers, for in the Long Nakedness, when the chains of bodiness are left six feet under and the undulations of the soul mingle with the body of Milli the Almighty, the poor and lonely shall be clasped to her breast, and that is the Cor Blimey place to be, until the end time, when the Great Undulations will be calmed and Milli the Almighty will return to the Great Beige Dreariness. What she does then is anyone’s guess. Amen.

What else can I tell you doc?
Top

This is not metaphysics.
Top

This is not metaphysics indeed. But this is good satire.

There is only one Milli, and Mohammed is his Prophet, PBUH.

That was a joke by the way please if you are from the Muslim faith or a Christian or even one of the many Millionists, who clearly by definition must at least number more than 1 million, don't hunt me down. It was meant in good faith as humour, shit I mean as a joke...

Hides in a cave in Somerset*
Top

Why not, WanderingHands? Do you think it is physics?
Top

Blaggard wrote:This is not metaphysics indeed. But this is good satire.

Well you might escape allah, but there's no hiding from Milli. Although she won't bother looking in Croydon.
Top

Why not, WanderingHands? Do you think it is physics?

Nowhere near enough nonsensical symbols that are cardinal to custard or the speed of cats in a vacuum according to Flegsta's law of imponderable variables which are of course a result of the eigenvalues which are non transformable about the mattress of self adjunct cotton, no maths bullshit so no chance.

You could of course relate the argument to a walnut toaster, but even then I think the biscuit and cheese constant would render your argument, buttered if not toasted by your own petard mon ami.


Some pointlessly relentlessly useless symbols to get your head around. 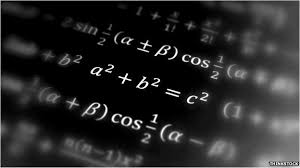 Which are of course related to some more utterly devoid of meaning nonsense that I can use to divert your attention away from the man who is standing behind the curtain:


I think you'll find the calculus is all consistent with mainstream whopper theory if you have any argument, of course I will run and hide in Croydon probably.

I has got chalk, bring it on.

Ah for gods sake when is some not brainless idiot going to program an img function that does not discount images that are so small as to be immeasurable by all modern science. Computer nerds, they're nothing if not morons.

Yeah nice you simpleton. I honestly think and don't get me wrong that sysads are really lazy, and I don't just mean lazy as in I fall asleep, I mean lazy as in I do so little that one day I will wake up and realise that being a zombie, is not as big or clever as I might imagine, and when that day comes, I am eating brains.
Last edited by Blaggard on Fri May 09, 2014 8:57 pm, edited 9 times in total.
Top

Blaggard wrote:This is not metaphysics indeed. But this is good satire.

Well you might escape allah, but there's no hiding from Milli. Although she won't bother looking in Croydon.

So Croydon is an option, London it is, cool thanks for the heads up.
Top

Really, dude? "WanderingHands"? That's the best that you can come up with in putting a spin on my account name?

It's not Physics, either, let alone Metaphysics. This is a philosophy forum, and although I myself don't mind a good few laughs here and there, I believe that at times it can be an act of dumbing down this forum by simply putting puns on things such as a speculation about a higher divinity.
Top

Whilst I think you have a valid point WL, I think a little humour here or there does not detract from any forum. OK if every thread is a joke thread that becomes a little tiresome but that is what the mods are for. You should probably report and forget. I do know what you mean but sometimes people post silly threads and it's not the end of the world. That would be Armageddon aka the apocalypse, when Zombie Jesus comes back to eat your brain. I believe I posted some advice on that somewhere...

Ya know, I was just beginning to settle down and forget that god forsaken post you shat on my thread.

I thank you in advance...

Oh that one after you shat all over my thread, quid pro quo, if you do set out to ruin threads as the saying goes "Those who live by the sword, should be prepared to die on it".

You didn't see me go whining to the mods like a **** because BW had shat all over my thread though did you. I can though if it would make you feel more like a growed up and less like a someone who is a massive hypocrite who shits on peoples threads, and then whines like a bitch when someone has the nerve to point that out.

Let's just not be a hypocrite k, I feel that would be a good start, it wont of course happen, but hypocrisy is so like last year dude, I am so not into that right now...

Au contraire I thank you in advance...

WanderingLands wrote:Really, dude? "WanderingHands"? That's the best that you can come up with in putting a spin on my account name?

Frankly, yes. If I had a better one, I would use it.


WanderingLands wrote:It's not Physics, either, let alone Metaphysics. This is a philosophy forum, and although I myself don't mind a good few laughs here and there, I believe that at times it can be an act of dumbing down this forum by simply putting puns on things such as a speculation about a higher divinity.

I've made the point several times that any speculation about a higher divinity is as good as any other. If it is metaphysical, it makes no difference.
Top

Bill Wiltrack wrote:.Ya know, I was just beginning to settle down and forget that god forsaken post you shat on my thread.

Is this addressed to me, Bill? The last thing I posted to you was a link to Pinterest, which I think might be your sort of thing.
Top

Careful and no offence uwot but if you start using such valid arguments you may risk an actual philosophical debate breaking out, I don't think that is what anyone wants at this point. Philosophy is scary and it hides in our closet.

And no it was addressed to me uwot. It's not worth explaining but if you really care, send me a pm. Trust me it's not even worth the pm. And incidentally that link to let me take a selfie is my attempt to talk Bill, I am not sure I get his language but, hell I think if we all try hard enough we can all communicate with people, even someone who talks in riddles...

I think and I know it's trite that at some point Bill should take a selfie. Which is code for take a good look at yourself, in young speak ,I think, although it might mean something else, I am quite old and all these new languages bemuse me. Like English, what person is ever going to learn to speak that fluently, no offence I am English and it's just odd. And I don't mean odd in like it's all Greek to me, which would be understating the problem with English: I mean, it has the sort of linguistic rules that would bring a philologist to the point of a nervous break down.

To put it perhaps in a more simple form of analogy: if you looked at English in a mirror, whilst blind, in a dark room, and with all the lights turned off, and no access to a light switch or any form of light, English would make no more sense to you if you had the lights on and could actually read it not in a mirror. It's just got so many contradictions it's like watching a cat eat a dog and then shit out the prose onto a galaxy far far away. Don't get me wrong I can muddle my way through this language but what a bad language to choose for the lingua Franca.

Blaggard wrote:Careful and no offence uwot but if you start using such valid arguments you may risk an actual philosophical debate breaking out.

I'll take that risk. You seem quite bright. Do you think gibberish expresses that best?
Top
Post Reply
58 posts