How should society be organised, if at all?

Following a school shooting in Florida, some of the surviving high-school students started using social media to drive protests regarding gun violence at schools. One of the most popular students involved is David Hogg, who has appeared on numerous top-rated TV shows to voice his opinion on gun control. In response, a number of people on the right-wing political spectrum have actually responded by insulting the kid, and, in the process, looking like immature adults picking on a child who is coming across as being concerned about student lives.

I have yet to see, however, anyone in the media mention the most obvious point in all this ---- David Hogg is not an expert on gun control simply because he is a victim of gun violence. How could being a victim possibly make him an expert on the topic? It couldn't. Yet, journalists seem to think so and present him as such in the mass media, which is a sure sign that journalists lack basic critical-thinking skills, and are certainly not philosophers. It's also interesting that even his opponents have not picked up on this. They never comment, something like the following: "David Hogg seems like a nice kid, and I'm certainly sympathetic about what he's gone through. However, just because he is a victim does not make him an expert on gun-control, and looking at his argument, this is where he is wrong...." After all, that would be a much better tactical response than simply calling him names.

So, yet again, we have advocates from both the left and the right making the same fundamental error in reasoning, where now we are faced with a reality that mere victims are somehow experts. Just like that Muslim girl who won a Nobel Peace Prize because she was attacked by the Taliban. So, it's not just an American phenomenon, but a world-wide one, which endorses the bogus notion that a victim magically becomes an expert on a topic.
Top

Science Fan wrote: ↑
Tue Apr 03, 2018 6:15 pm
I have yet to see, however, anyone in the media mention the most obvious point in all this ---- David Hogg is not an expert on gun control simply because he is a victim of gun violence.

I dunno. I reckon seeing your friends being slaughtered would give you some sort of insight. What do you think makes someone an an expert on gun control?
Top

Unwot: How can that make him an expert? If anything, it could cause him to focus excessively on certain aspects of the debate while ignoring other aspects. Is a victim of crime an expert on criminology? That can't be the case. The promotion of people like Hogg as experts on topics is a sign of irrationalism running rampant in the media as well as in popular culture. If Hogg was not a victim, would he be an expert? No. So what changed? Nothing. He's no more of an expert on gun control after being a victim than he was an expert on gun control in the moments before he was a victim.

Experts would be people who have spent a long time studying the topic, even doing their own research in cases. This would involve aspects of history, law, game-theory, social psychology, etc., etc. It would be nice if journalists were educated enough to get real experts involved on issues as opposed to engaging in the irrational absurdity of claiming a victim is now magically an expert.
Top

Unwot: If you think about it, it is merely an extension of left-wing PC bullshit. After all, the PC crowd claimed that minority opinions should carry special weight on any issue regarding minorities. How so? From a rational standpoint, this is made-up fiction. The idea that victims have expertise on a topic, other than sharing with us how they felt being victimized, is pure gibberish. A victim of rape is not an expert on rape. A victim of drug addiction is not an expert on drug use and prevention. A victim of racism is not an expert on the prevalence of racism in society. This is simply another way to shift people's focus from the real experts and into accepting the opinions of non-experts. This is like a cancer.
Top

Science Fan wrote: ↑
Tue Apr 03, 2018 6:44 pm
Experts would be people who have spent a long time studying the topic, even doing their own research in cases.

Fair enough. Are there such people? If so, what is the concensus?
Top

Y: Sorry about misspelling your name earlier. Yes, there are such experts. You can look up books, even on Amazon regarding the topic, some are published by Oxford University Press, and they have opinions that reference a great deal of research. I think most of the consensus is in favor of greater gun control than what we currently have.

I think one thing philosophy can accomplish today is in convincing people of the following: 1. One should defer to expert opinions, and 2. There are rational ways to figure out which expert opinions should carry the greater weight. Yet, how many people even think about deferring to experts and figuring out how to sort through various expert opinions? Hardly anyone, it seems, people are too quick to think that any one's opinion is of equal merit to anyone else's and this is simply not true.
Top 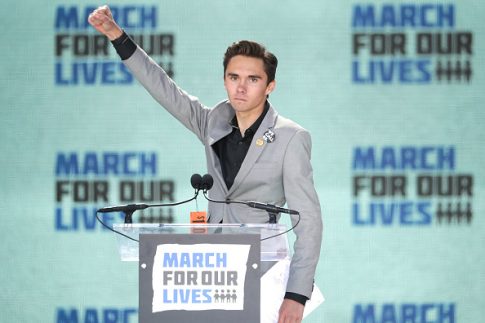 Science Fan wrote: ↑
Tue Apr 03, 2018 6:44 pm
Experts would be people who have spent a long time studying the topic, even doing their own research in cases.

Fair enough. Are there such people? If so, what is the concensus?

The overwhelming consensus of the experts was, Hillary Clinton would be president.

And yet, the faith persists.
Top

Walker: A perfect example of irrational thinking. The statistics were actually showing a huge number of undecided voters, all the way up to the end of the election, which meant that the voters could have swung either way. So, the actual stats never showed Hillary winning, while the political pundits misinterpreted the stats to say that she was going to win. I agree with that latter part, but those people were not actual experts on the polling data. Secondly, even if the polls showed Hillary had a 99% chance of winning, the results of her losing would still be consistent with the polling results, as there was still a 1% chance of losing. In fact, we routinely see journalists misinterpret math all the time. How many times will a poll have both candidates tied, when the margin of error is considered, and yet, journalists will proudly claim one candidate is ahead of the other in the polls? That has to make every mathematician's eyes roll when they listen to such uneducated journalists misstating the evidence. Bottom line, journalists are not experts on anything, and allowing them into our lives as pundits is a mistake.

Now, let's further assume that all of the polls gave Hillary a 100% chance of winning, and she still lost. So? How does that justify ignoring experts? It doesn't. This is true because merely pointing out mistakes by experts does not justify any reliance on a non-expert. Are you claiming the non-experts had better knowledge when even many in Trump's own campaign thought he was going to lose? It's a fact of life experts make mistakes, lots of them in fact, but that still doesn't mean we should start relying on people who literally know next to nothing on a topic.
Top

Correlation with reality is the objective standard of expertise, and wishful thinking has a tendency to corrupt the clarity of even so-called experts.

If the expert’s field is elevators, particularly elevator inspector, then he or she better be correct.

The same applies to political prognostication, to a lesser degree.
Even less to, philosophy.

Somehow, with all your fancy footwork, it happens that the concept of correctness as a function of expertise gets watered down to where correctness isn’t even a factor.

The way to function as a responsible adult in society, and custodian of the life that you did not create, is to gather the information you need, then submit it to the expert within.

I say to myself, how can the phenomenon of this Hogg kid, be? And I see …

Little Hogg is a puppet.
If he is indeed traumatized, a concerned adult would have him cool his jets until he balances.

That he's being used is not irrational.

Don't give a flip about Hogg's current (borrowed) agenda...am curious how he's gonna react to losin' the spotlight...rockstar today, has-been at eighteen tomorrow...him desperate to restore his relevance: that's what I see in his not-too-distant future.

Good on David Hogg. I hope David has great success with his campaigns, although if I was his mother I'd be worried about assassination.

The attacks on him, including by some here, clearly expose the double standards of his critics. How many complaints about qualifications of people do you hear when they lobby to raise awareness of diseases and or policy failures after the trauma of losing loved ones? Numerous people respond to personal tragedy with awareness raising efforts.

Those people are never criticised, though, but the anti-gun campaigner is belittled, mocked and misrepresented. How about a campaign against parents who are raising awareness of muscular dystrophy after losing a child? Where is their medical degree? What would they know about the disease? Nothing! They could not possibly be sincere or capable - obviously they must all just ignorant showboaters grabbing their 15 minutes

Political assassins harken from the radical left, so he’s safe.

He’s actually been cut a lot of slack and understanding for his ignorance because of his situation, even though he’s been doing his best to ruin the lives and careers of some folks, and even though he sorta lost his criticism-proof victim-status by becoming a political advocate.

The muscular dystrophy kid who surely is out there doesn’t fit the media agenda, so no free publicity for him.
Top

- you lie with such conviction. We both know that's not true, though, don't we?


Walker wrote:The muscular dystrophy kid who surely is out there doesn’t fit the media agenda, so no free publicity for him.

This is just more mud thrown, designed to neutralise a threat. If he continues, he's a charlatan, if he stops, he's okay. That's just a political game and entirely lacking in merit.

All I have seen here and elsewhere are unsubstantiated accusations directed at a young man who seems to be trying to do some good against impossible odds. The objections above present the very most jaundiced and cynical possible view - but presented as truth, the only possibility, revealing naivete and manipulativeness of the critiques.

The obvious flaw is that it's assumed to be impossible that the boy might actually be sincere about gun control after watching his friends being slaughtered, which is certainly qualification enough to speak on a topic without being constantly misrepresented. Whether people listen or not is another matter.
Top

His sincerity doesn't confer understanding or authority on a social issue.

Parkland kids with another message aren’t getting the media exposure that Hogg is.

Users browsing this forum: No registered users and 5 guests