How does science work? And what's all this about quantum mechanics?

SRT crossword:
Lorentz transformation and special relativity theory
------.
Question:
"DOES THE INERTIA OF A BODY DEPEND UPON ITS ENERGY-CONTENT?"
/ By A. EINSTEIN. September 27, 1905/
The answer was: yes, the energy / mass (E = mc ^ 2) is the force
what causes the "inertial" speed of the “body".
#
Question:
How does E=MC² link to the Lorentz transformations?
=====.. 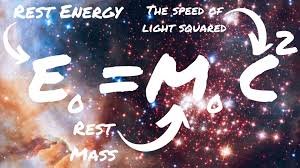 Chapter 32
THE MASS, MATTER AND ENERGY RELATIONSHIPS
Section:
F. Who really discovered the mass-matter-energy relationship?
------.
In 1916, Einstein attempted, ad hoc, to convert E = mc2 into a relativistic equation by adding the Lorentz transformation factor to it as a denominator, vis.:
#
According to Einstein, this new equation describes what happens when the energy, the mass and/or the velocity of a material object changes[71] (Einstein, Relativity, p. 50). There may be some empirical support for this conjecture by Einstein, but certainly it is not as a result of the Lorentz transformation. If the Lorentz transformation factor,
#
is ad hoc (Chapter 27); invalid for Length Contraction and for the Dilation of Time (Chapter 28); and invalid for Relativistic Mass, Relativistic Momentum and Relativistic Kinetic Energy (Chapter 31); why should we suddenly believe that it is valid with respect to mass and energy?
#
Thus, the conclusions attributed to Einstein—that the mass or matter of a material body is a direct measure of its energy content and that a body’s matter can be totally converted to energy (Ibid)—are at best misleading or hyperbole.[72]

I was surprised to find in internet Einstein formula
of interaction between E=mc^2 and Lorentz factor.
---
"According to Einstein, this new equation describes what happens when the energy,
the mass and/or the velocity of a material object changes[71]
(Einstein, Relativity, p. 50)"
#
I cannot understand: why Einstein formula
"certainly it is not as a result of the Lorentz transformation" ?

The original source of Einstein formula of interaction
between E=mc^2 and Lorentz factor.
-----
Book: RELATIVITY
THE SPECIAL AND GENERAL THEORY
by ALBERT EINSTEIN
#
RELATIVITY
PART I
THE SPECIAL THEORY OF RELATIVITY
Section: XV (pages 52 - 57)
GENERAL RESULTS OF THE THEORY
http://www.f.waseda.jp/sidoli/Einstein_Relativity.pdf

Return to “Philosophy of Science”