~ Losing the War of the Mind ~

Is the mind the same as the body? What is consciousness? Can machines have it?

~ Losing the War of the Mind ~

Drug overdoses are now the leading cause of death among Americans under 50.

It feels GREAT to be in your mind. The detachment...the self-consciousness. It's ecstasy.

Drugs do play a part of the complete human experience.

As philosophers, we have all self medicated with legal & illegal drugs.

Are we as advanced,progressive societies, looking at drug addiction & treatment in the correct light?


If this were a war of our minds; our consciousness, it feels like we're losing...

Eventually societies will wake up more to the diversity of human preferences, but not yet. Rupert Sheldrake referred to it as a war on consciousness, a war on expanded consciousness. In truth, society has no problem with substances people take, just as long as they have high quality output. Police could make cocaine and weed busts on any number of artists and celebrities at any given time, but they recognise that creative types can be different.

It's well known that a society with many narrow, menial tasks available and far fewer broad and interesting ones tends to starve public education of funds so most of the populace is not too dissatisfied by the dull work they are expected to do.

Greta wrote: ↑
Fri Jun 30, 2017 6:43 am
Eventually societies will wake up more to the diversity of human preferences, but not yet. Rupert Sheldrake referred to it as a war on consciousness, a war on expanded consciousness. In truth, society has no problem with substances people take, just as long as they have high quality output. Police could make cocaine and weed busts on any number of artists and celebrities at any given time, but they recognise that creative types can be different.

It's well known that a society with many narrow, menial tasks available and far fewer broad and interesting ones tends to starve public education of funds so most of the populace is not too dissatisfied by the dull work they are expected to do.

free will is a bitch

Bill Wiltrack wrote:
Drug overdoses are now the leading cause of death among Americans under 50.

Legalise and tax then the quality control will improve and they won't die from overdoses or at least a lot less will.
Top


We have such a structure around the way we look at certain drugs & drug addiction here in America. Who knows? Perhaps in this onslaught of this new industrial revolution our viewpoints about our minds and mind altering substances will be disrupted.

They say, The only thing constant is change...


America leads the world in drug overdose deaths — by a lot

The US has always been ahead of much of the world in drug overdose deaths — for a variety of reasons. For one, Americans are relatively wealthy, so they can afford to buy drugs. But there also appear to be cultural and socioeconomic factors at play, driving a broader increase in “deaths of despair” — such as suicides, alcohol, and drug overdose deaths — in recent years. (If you ask experts what these factors could be, you can expect them to name, well, basically everything — a weak social safety net in the US compared with other developed countries, poor access to health care in general, subpar mental health care and addiction services, manufacturing jobs moving out of the country, cuts to local government services like parks and recreation, individuals losing a sense of spiritual or existential meaning, and so on.)

But recently, America has gotten much worse due to its massive opioid epidemic, which has contributed to a huge spike in drug overdose deaths over the past couple of decades. In 1999, fewer than 17,000 people died from drug overdoses. In 2015, that grew to more than 52,000. 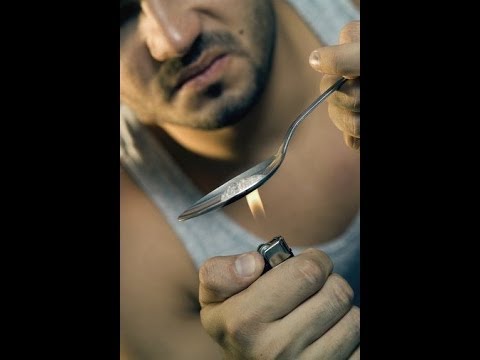 Just heard the latest statistics; America loses 141 individuals PER DAY due to opioids.

That's approximately 51,000 deaths PER YEAR due directly to opioids.

The United States lost about 50,000 soldiers in Vietnam Nam OVER A TEN YEAR SPAN OF TIME.

This is truly a war.

And we are definitely losing...

It's because you view such things as 'war' that you are losing. Legalise and tax then you'll get quality control and your death-rate will drop as drug-addicts don't OD deliberately but due to inconsistent quality control. There is also the factor that many of your users are actually those who get addicted due to your privatised healthcare system prescribing them and when their insurance or whatever doesn't cover them anymore they have to use the black-market.
Top

I realize this post is from back in june, but still wanted to respond to the idea. While I wouldn't put it so bluntly, the problem is that the person knows, or should know, what they're getting into when they start taking an addicting drug like an opiate or opioid. To compare the opioid epidemic to an act of terrorism like 9/11 is insulting. There are sometimes overdoses that are thanks to the doctor's misinformation about what drugs can actually be prescribed together, and in the case of drug interaction, we should let the federal government help to stifle those issues, because that is actually the doctors fault by any reasonable standard. Although sometimes there's a bit of a grey area around that as well. But stifling the free market and persecuting doctors, or even preventing doctors from prescribing a certain amount of these addicting drugs, is not the answer. I don't think you can sit with a straight face and say you're against the war on drugs, yet also be for more strictly regulating drugs

You sweep so many chronic pain sufferers under the bus who really need these pain pills, who aren't abusers, but often times, it's especially the addicts who need the stuff because they couldn't otherwise enjoy life anymore. In an attempt to potentially save their lives, you present them with a fate worse than death, and hurt the people who weren't even at risk of being addicted.

My solution, as far as the government can do, is to increase education about the addictive nature of these drugs, and possibly kill funding for any rehab center that focuses on 'abstinence-only' faith-based techniques, which is truly one of the biggest threats to the opioid epidemic. It's a big problem when our religious hack of a Health Secretary, Tom Price, openly advocates for this. People who have been on opioids and opiates for the long term risk death, and need other medications to assist them.

But the solution is definitely not to 'force' anyone into anything or increase laws around doctors being able to prescribe it, in my opinion.
Top

Why so common? Stress on the joints. Why? You know why.

Used to be canes were common. Old people had canes and some brandy. Now they have bionic joints, prescriptions for pain killers, pills for this and that.

When the joint heals up, it's up to healed to go cold turkey.
That's the price for the joint.
Top

The reason I framed this thread in the backdrop of a war is to associate the loss of life, in sheer numbers.

In this digital revolution that we find ourselves in, the mind; our consciousness, has become a clear battleground.


If we recognized the opioids epidemic as a traditional war we would be throwing billions of dollars at it and committing huge Human Resources to beat this perceived enemy.

There you go again, the stupid John Wayne approach. You already throw billions of dollars in your "war against drugs' and all you've done is distort other nations economies and social fabric, created the drug cartels (as you created large scale organised crime in the US with prohibition) and done nothing to reduce the trade. It doesn't need billions of dollars, in fact it could make billions in tax if you just legalised it which would also solve a lot of the deaths as once again it's quality control that is killing the users through overdosing. You can spend the tax on education if you want to keep the numbers of users down and enforce strict age limits with heavy punishment for breaking it.
Top


What about out moral integrity? The moral highground that we have always fought to maintain as a nation?

You have no moral integrity nor much of a nation as you are only about the almighty dollar and individual happiness and can only define yourselves by creating external and internal enemies, once you have no real ones you'll tear yourselves apart.
Top
Post Reply
26 posts

Return to “Philosophy of Mind”

Users browsing this forum: No registered users and 3 guests